Most Old Colony people get baptized just before they get married.  After they are baptized they have a wedding at the bride’s house.  It is the bride’s parents’ responsibility to pay for and prepare the food.

The people that could afford it would invite the whole Colony and all the siblings, aunts, uncles, and cousins.  The guests would start arriving around ten a.m. and lunch would be at noon.

Instead of having dessert after lunch, at around three o’clock, they would serve faspa. They would serve tweeback buns, kringelkes twisted buns, jam, sugar cubes, Schmaunt Küaken cookies, and instant coffee. In our village friends of the bride would bake a cake for the Brütlied, bride, and groom which would be served to them during faspa.

This was not done in all colonies. It was up to the individual colony women to decide or, perhaps, if the bride asked for one. But, some people from other colonies didn’t like this because it was too worldly to have a pretty cake.  We were told to tone down “the bling”, which were the marshmallows we cut into floral shapes! 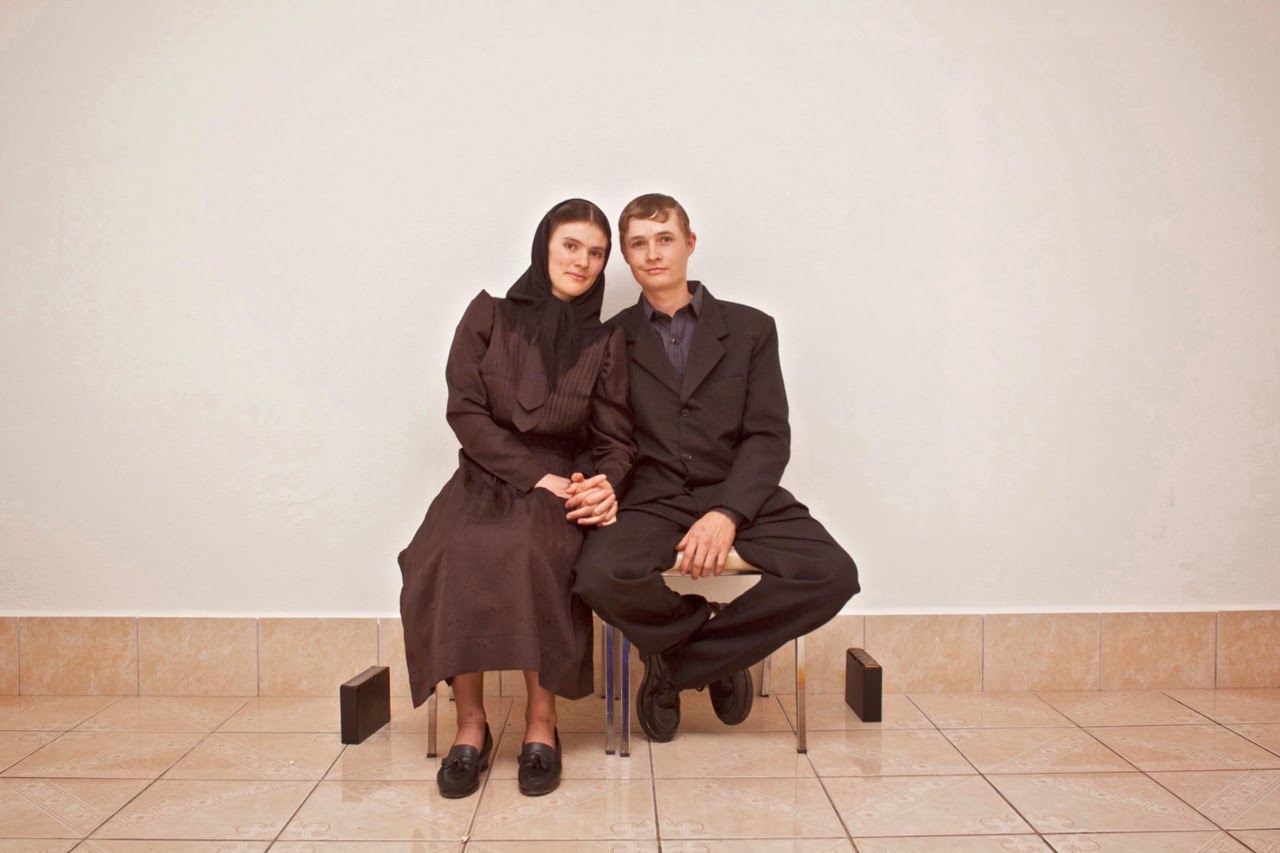 Young couple after their marriage.

This photo was taken by Mexican photographer Eunice Adorno
http://lightbox.time.com/2012/01/24/the-flower-girls-mennonites-in-mexico/#18

The oldest girls of the Colony who were not married would be setting the tables and serving the food.  They would always serve Komstborscht, cabbage soup, head cheese, tweeback, and ketchup.  The bride’s family would bake all the buns.

Sometimes the girls of the colony would be asked to help bake and chop all the cabbage and make the head cheese the Friday before the wedding.  The wedding is always on Saturday.  Shortly after faspa people would go home and then around seven the youth would come back and have Komstborscht for dinner with the Brütlied.

The bride’s family would start preparing months ahead. They would rake the whole property, paint the house on the inside and out.  They also painted the bottom ten inches of the trees white around the front of the property.

People would say those rich people would use this wedding day to really show off all they had.  The poor people would hold this event at the school of the colony and not have any food. 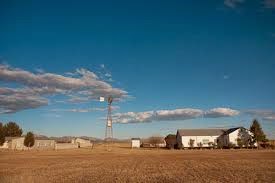 This photo is from http://www.whileoutriding.com/

After the wedding day, the bride and groom are not officially married yet. The bride would still sleep at her parents’ house for the week until the Sunday after the wedding.

During this week, the bride and groom go to visit each other’s family, including aunts, uncles, and cousins, during the day.  This week is the time for them to decide if they really want to be with each other.

In my lifetime, this has happened once where the groom decided he didn’t want this and left the bride. She was devastated and was known as the “bride” for the rest of her life.

Some women live in fear during this week. If their groom decides not to go through with it, the bride’s chances of marrying are slim to none.

During this week the couple has to go to the justice of the peace with two witnesses each to get a marriage certificate to make it legal.  During this time the bride would get a gift from her groom. Most of the time it was a necessity for their homes like a table and chairs or a gas stove.

The newly married couple does not go on a honeymoon. Most newly married people do not have a house yet so they live at the groom’s family’s property until they have their own.

The woman starts to wear a black kerchief after the wedding day at the church unless she has had sex before that. If they have had sex before they get baptized, they have to confess to the preachers and promise not to do it again until they are officially married.

In that situation, the woman has to wear the kerchief all during the baptism and the wedding. This is so shameful for her family because everyone knows what she did.

Email ThisBlogThis!Share to TwitterShare to FacebookShare to Pinterest
Labels: Getting Married, Growing up Old Colony Mennonite