Continued from A Sliver of Hope

Somewhere along the way from Mexico to Texas, I felt less guilty about the way I had left things with Mom and embraced the fact that I was responsible for my own actions, especially after the experience of apologizing to Juan Pelos. I realized that I could choose to separate myself from the colony mindset, the group I was raised in and the group behavior I was programed to imitate. I began thinking and acting as an individual.

Reflecting on the experiences I had had, I was learning to value what I believed about myself.  I thought, “So what if my every thought, word, and act has been thought, said and done better by others?”  I was ready to combine my experiences of growing up in the colony with what I was learning in school and from all the people in my life—and own it.

Since leaving the colony the first time, I had believed that I had to choose between myself and my family, Canada and the colony. I felt that it had to be one or the other. It was an incredibly freeing feeling when I finally realized that that wasn’t the case. I was free to go back to the colony any time I wanted; I just couldn’t change the colony or the people who lived there. I realized that to keep the relationships I had with my family and friends in the colony, I would have to work on accepting that fact.

I concluded that communication was a huge factor in my frustration. It had a lot to do with the limited Low German vocabulary with which we communicated. I decided that all the times Mom talked about me needing to adjust my attitude to the situation at hand, she was trying to tell me that I was the one who was changing, and how dare I come back there expecting them to understand, let alone agree with it.

That realization and adjusted attitude made a huge difference right away. When Uncle Jake and Izaak dropped me off at the airport, I was less afraid of what was to come. Izaak hugged me, Uncle Jake shook my hand, wishing me well, and I walked away taller and more confident, with a bring-on-whatever-is-headed-my-way-I-will-face-it-head-on attitude.

I was stunned at how easy it was to go through airport security when I didn’t argue with the guards about my nationality. I smiled and answered only the questions that they asked, and they couldn’t get me out of there fast enough. I chuckled and thought, “And there wasn’t even a man with me!”

When I walked out of the airport back in Canada, and the cold air hit my face, freezing my nose hairs instantly, I thought, “Okay, I see now why Izaak cares so much about the weather in Texas.”

Upon arriving at my apartment building at 1:00 a.m., all I could do was think about knocking on George’s door. When I walked past his door, I stopped and listened, and when there was no evidence of him being up, I just went to my apartment and went to sleep, since I had to get up and go to school the next day.

I woke up late the next morning and had no time to blow dry my hair. I quickly put on whatever I could find, grabbed my backpack and ran to school. In moments of feeling sorry for myself, I regretted my decision not to stay in Texas. My friend Steve greeted me with open arms at the door when I arrived at school. He wrapped his arms around me and said, “Happy New Year! Oh my god, Anna, you are frozen!”

I thought, “Happy New Year? That was such a long time ago and I am completely over it, but okay.”

I looked at him, confused, and he explained to me that people in Canada say Happy New Year to people they haven't seen yet in the new year.

“Anna, you should never be outside with wet hair at this time of the year, and really, you should wear pants—you are going to get sick!”

“You’re welcome. Oh, and here are the notes of all the stuff you missed while you were away.”

“Thank you so much! I am so scared that I won’t be able to catch up.”

“You'll be fine, just read over those notes a few times.”

By the end of the day, I had a massive headache from all the chaos, and especially from forcing my brain back to English only, because no one understood my mixed vocabulary of Spanish, Low German and Englishified Low German. I was overwhelmed by the fact that I had a new teacher, a quiz the next morning, a pile of assignments that were due in a week, a new book I had to start reading, and a whole lot of homework to catch up on. And as far as I knew, I still had a cleaning job waiting for me.

At the end of the day, I wanted to curl up in the corner and cry, but Steve wouldn’t let me. He walked me to his car, drove to Tim Hortons and bought me a cappuccino before dropping me off at my apartment. “I’m so glad you’re home, Anna. I missed you.”

“Thanks for everything, Steve. I missed you too. See you tomorrow,” I replied while thinking “dietschjat, I love this man!”

I dragged my heavy backpack through my apartment door, sat down on the floor by the patio doors and stared at the snow falling, as I sipped my cappuccino. I thought, “I’m home,” but I felt anything but home; it was all familiar, yet foreign. I felt what I now can describe as homesick. I missed my family and wished that they were with me. I fetched my pillow and blanket, and crawled up into a ball right there on the floor, like a little kid.  As I cried myself to sleep, I remembered that I had felt the same while visiting my family in the colony. When I woke up, I began to study for my quiz and did my homework one page at a time until midnight. I woke up the next morning to my phone ringing, “Oba waut nu?” I said.

“Good morning Anna! It’s Steve. Don’t make coffee or walk to school this morning. I’m picking you up in half an hour, and I’ll bring coffee.”

“Ahhh okay, thank you!” I said, and before I knew it, I had survived the week, thanks to Steve.

It was Friday night, and I hadn’t seen anything of George all week. I began to worry that he might have moved. I stayed up late reading, hoping and waiting for him to knock on my door.

When I woke up Saturday morning, and there was still no sign of George. I decided that I would focus on the work I had to get done. I made tweeback dough, put a pot of beans on, sorted my dirty laundry, and began cleaning my apartment with Pine Sol. I walked past George’s door every time I changed a load of laundry. Occasionally I slowed down and listened, but there was no sound coming from his apartment at all.

Finally, after the beans were done, the laundry folded, my apartment cleaned, and the first batch of tweeback in the oven, George appeared at my door.

“George!” I yelled, as he wrapped his arms around me. Eventually, I let go of him, but not because I wanted to.

“It smells amazing in here. Are you baking ‘whatbucks’ again?” he asked.

“Thank you, well, yes I am. Would you like to come in and have one?”

“Yes, please!” he replied, and came in. I just stared at him until he started talking.

“So, how the heck are you, and how was Mexico?”

“I feel like I haven’t seen you for an entire year.”

“Tell me about it, life is so boring here without you.”

“Really? I thought it would have been peaceful.”

“I was beginning to think that you moved or something.”

“Oh no, I just started a new job, and I work afternoon shifts,” he explained.

“Okay, so that’s why I haven't seen you all week.”

“It’s okay, it’ll pay the bills for now, but enough about me. How was your trip?”

“How much time do you have?”

“I’m yours for the rest of the weekend, if you’ll have me,” he said, and there was that wink again.

I turned red from head to toe and thought, “How will I get any reading done now?” and distracted myself by serving him a plate of beans and a tweeback.

“This is a tweeback, not a whatbuck,” I explained as I served him.

“Okay,” he said, and winked at me again.

“Yes, I know,” he replied, and I just stared at him while he enjoyed his meal.

“Stop staring at him!” I thought.

“So tell me about your trip.”

“I don’t even know where to begin, but first, thank you for encouraging me to go. Even though I didn’t think so at first, it was the right time for me to go. Now I will be better able to focus on school.”

“It's hard to put into words. It’s more about how I'm feeling. You know that feeling that you helped me put into words when I couldn’t eat because my stomach felt like it was full of stones?”

“I get it,” he said, and then the words just flowed out of me.

“I was going to say goodbye to my colony, my family and Mexico. I believed that I had to choose a side, but that’s not true,” I looked up at him and saw that I had his full attention, he was listening.

“I think I can go to school, change the way I dress, or, you know, try to have my own style, and have, ummm, different kinds of friends, while keeping my family and a relationship with my fellow Mennonites. Eventually, I want to come and go to my colony in Mexico as I am, and as I please.” I made eye contact, and he was still listening. “I know, I know, it doesn’t make any sense. It’s a long shot, and it’s probably not even going to work.”

“Not with that attitude! Believe it, and you can achieve it.”

“You really think so?”

“Grrrr, I wish I was smart and knew things like you do.”

“But you are smart, and I feel what you are saying. You don’t even need words; words are stupid barriers anyway. Follow your feelings, and you will get there.”

“I want my people to change the way they see me because of the way I treat them, in spite of how they treat me.”

“Do you think that that’s even possible?”

“We're going over this again?”

“Yes! I want your words to push away my doubts.”

“Absolutely! Anything is possible with patience.”

I felt so reassured. I thought, “I love you.” Click here to continue reading my story. 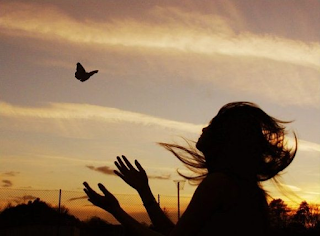 Email ThisBlogThis!Share to TwitterShare to FacebookShare to Pinterest
Labels: My Story, So what?
Newer Posts Older Posts Home
Subscribe to: Posts (Atom)