The police officer said, “I have good news -- we arrested Mark at two this morning. Anna, I need you to come with me down to the station one more time to ask you some more questions and to sign some paperwork. We have filed a restraining order against him.”

I looked at George all confused, and he explained to me what a restraining order was in plain English.

“Could George come with me to do all this?” I asked the police officer.

“He certainly can, Anna.”

While George went to get dressed the police officer asked me how long I had known George. I told him that I had known him for three and a half years. I met him the first day I started working at the factory.

It happened after my supervisor, Nancy (who spoke Low German), got me set up at a sewing station. I had only been sewing for about two hours when the sewing machine broke.

I figured out very quickly what kind of dietsch person Nancy was. We never used the word Mennoniten (Mennonites) to describe ourselves. We referred to ourselves only as dietsche menschen (German people) she was dietsche but I could tell that she was not Old Colony, because she had really short hair and she was wearing pants.

That’s how I knew that she might either be konfe'rensa (general conference Mennonite) or äwa jebocket (tipped over) which is a term used to describe someone who doesn’t belong to a dietsche Kjoakj (German church) and has joined the World.

The officer handed me a tape to replace the one he had taken into evidence from my answering machine. I took the tape and asked if I could go to my apartment to quickly shower and change before we had to go to the police station. “Absolutely, Anna,” he replied.

George came out of his room, beautifully dressed and smelling amazing. They both came with, to my apartment. I showered, changed, brushed my teeth, combed my hair, and put it into a bun.

When I came back into my living room and saw the two of them sitting on that hideous floral love seat that Mark had given me, I thought to myself, “I have to get rid of that as soon as possible.”

At the police station, the officer asked me the same questions as he had asked me the day before. After I sign a pile of papers, he said, “Okay, Anna, that is it for now. I will call you during the week to fill you in on the rest, but for now, we are done. Mark is not going to bother you again.”

I liked the sound of that even better than Hilary’s wonderful, wonderful, wonderful words about me being ambitious about school. I didn’t even ask what else he was charged with or how long he would be put away or anything. I was just relieved to be done with it and to be able to get out of there.

“We checked and cleared your cousin’s car and it’s ready for you to drive home,” said the police officer.

The officer asked us to follow him to where the car was parked and gave me the keys. He noticed that I was hesitant to get in. I was still too nervous to start the car after all that talk about bombs and blowing things up. The officer looked at me and said, “Here, give me the keys back I will back it out for you.”

He started the car, backed it out of the parking space, and drove it up and down the parking lot, just to show me that it wouldn’t blow up. I held my breath the entire time.

I inhaled a deep breath and said, “Okay.”

The officer parked the car, stepped out, gave me the keys, and said, “See Anna? It’s all clear, you are good to go. Take care of yourself.”

George opened the door for me. I got in and just sat there for a while in deep thought. After a few minutes of complete silence, my thoughts got pulled back to the present when George asked, “Are you getting hungry yet? You want to go out for breakfast? It will be my treat.”

“Okay. I’m not sure if I am hungry but tell me where to go and I will drive there.”

After I had nibbled away at my food for a while and George finished eating his breakfast, he asked, “What are you doing tonight?”

“Ahhh… schoolwork, sleeping, thinking about everything that happened this week. How grateful I am that you didn’t have to figure out who would call Mexico to tell my mom that I had a stalker. That he blew up the entire factory because of me. And a bunch of people including me are dead because of it, that’s about it.” I replied. 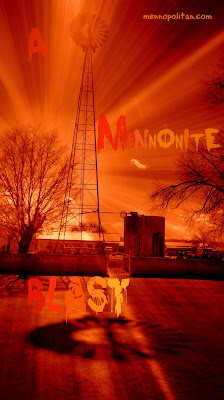 “Holy shit, Anna! That sounds like a blast,” he said. And we both laughed like crazy. I actually got that one. I was so proud of myself for getting one of his jokes in the right context right after he said it. That was progress for me.

“What are you doing?” I asked.

“My mom invited me over to her house for dinner tonight. She lives in Port Stanley and since it’s getting colder out, I’ll have to put my motorcycle away soon. Would you like to join me for one last ride to Port Stanley before I store my motorcycle for the winter?”

I had a hard time containing my excitement as I watched those beautiful words flow through his perfect teeth. I thought, “There is nothing I can think of that would be better than that,” as the butterflies began to go wild in my stomach again.

After everything that had happened, I was happy to be distracted by George. He had done such a good job of doing just that the whole time my stalker was being searched for. I wondered what I would have done if George wouldn’t have been home that night.

“Do you think your mom would be okay with me coming along?” I asked.

“Absolutely, she would love to meet you. She gets along with most people and she is really easy-going,” he said.

“Okay, I’ll come with you then. That sounds much better than the ‘blast’ I was going to have on my own this weekend,” I said.

He laughed and gave me a high five and said, “Atta girl, there it is. I knew you could do it.”

“Ahhh… you just wait, I’m sure that next one you’ll have to explain to me again, a week later,” I said.

“I don’t know about that, you’re picking up and getting this English lingo quite well.”

For a brief moment, I thought “I wonder what ‘atta girl’ means”, and quickly told myself, “Anna, leave it alone and just enjoy and celebrate this breakthrough you just experienced.”

Later, at home, while I was having a shower, I started shaking again, thinking about those last few days I had had. That’s when I thought that I should have just let George deal with Mark like he wanted to in the first place -- then it might have not gotten this far.

It didn’t dawn on me how lucky I was that it all turned out the way it did. I felt so bad that I had let it go that far. I felt guilty that I had caused the factory to lose a whole shift and have such a big scare, especially after Hilary had been so kind and helped me out so much during the short time that I had been back to work.

The whole situation brought me right back to the tobacco field when my car sunk in the sand and I caused the farmer way more work than I had actually worked for him. I thought “Dios mio, wherever I go, bad things happen. If I get fired I deserve it.”

I tried to get back to my normal routine and do some of my school work. I thought about all those big words the police officer asked me that I didn’t really understand. The police officer had had to explain everything to me a few times using different words before I understood him. He was very good at that, I could tell that he had done that sort of thing before.

I threw the pencil I’d been using for my school work across the room in frustration. I took a few deep breaths, then got up, picked up the pencil, wiped the dust off of it, and decided that I was too distracted to learn anything at that moment. I couldn’t wait for the hours to pass fast enough so I could go on a motorcycle ride with George again. Click here to continue reading my story.

Email ThisBlogThis!Share to TwitterShare to FacebookShare to Pinterest
Labels: A Mennonite Blast, My Story