“No, Anna, you are not going to get fired over this. Not if I have anything to do with it. Hilary knows that none of this was your fault. Don’t worry about that right now. I got some new movies -- would you like to watch one?”

He got up, put a movie on, then sat back down and continued rubbing my feet. I woke up with a blanket on me and the smell of strong coffee. I sat up and saw blankets and a pillow on the floor next to the couch.

I realized that I had fallen asleep and slept through the whole night. George had slept on the floor next to the couch. George came into the living room with a cup of coffee in each of his hands and said, “Good morning, sleepyhead. How are you feeling?”

He was wearing a tight muscle shirt, pajama bottoms, and his hair was all messed up. He sat down beside me and winked at me as he handed me a cup of coffee. I just stared at him and didn’t know what to say. He stared right back at me and smiled. He didn’t blink or break eye contact as he took a sip of his coffee.

I squirmed as I felt my stomach turning into warm jello. It turned me into mush all the way down to my toes. That feeling mixed with everything that was going on was overwhelming. I started shaking. I tried so hard to hold on and keep it together, but it was like at that moment I experienced a real awakening, and a tear just rolled down my face.

It felt like I had just been floating on a foggy cloud up to that point for the last few days, and everything that had happened wasn’t real. But suddenly I had woken up to my reality: the bomb threats and everything was actually happening.

He put his coffee down, took the coffee out of my hand, and sat it down on the coffee table. He got down on his knees in front of me and slid his thumb across my cheek, wiping away the tears. He slid his fingers into my hair, pulled me right up against him and hugged me really tight.

He loosened his arms so he could see my face again before I answered him.

“You are doing everything. Why are you taking such good care of me?”

“I don’t see why anybody wouldn’t. I’m glad that I get to be the one to do this and please don’t worry about why I am doing it, okay?”

“Okay. Well, thank you for letting me stay here and being so kind to me.”

I took a few deep breaths, picked up my coffee, took a sip of it, and asked, “Did anyone call while I was sleeping? Did you hear anything more about what is going on?”

“Nope, nothing. Can I ask you something?”

What does fula mean? Last night you were crying for someone in your sleep. You were saying something like fula nich me… luten... or something like that.” 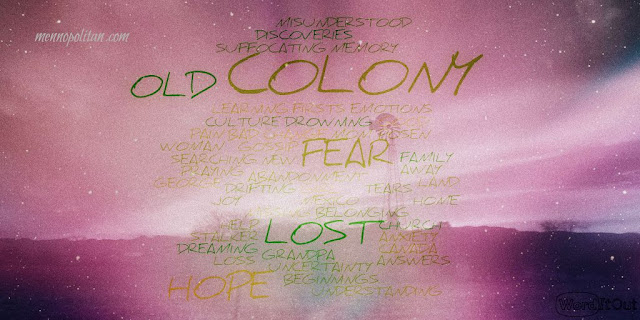 “Ahhh… I must have had that dream again, about my grandfather (we called him Fula) he committed suicide. I often dream that I am on a boat drifting to a place called Posen Land. I see him and I’m trying to ask him why he left us, but before I get a chance a thick fog blows between us until I can’t see him anymore.”

“It’s like my life is one big puzzle that is all over the place, and when I’m awake I’m always working on putting the pieces together. And when I’m asleep I am looking for some of the missing pieces. My mind never stops working on putting this big puzzle together, but the pieces that I have just don’t fit no matter which way I try to put them together.” I took a sip of the coffee and asked, “Do you know what I mean?”

“Yes, I do. I think when you learn more about yourself and who you are you will create your own puzzle and put it together successfully. Then you will learn how to deal with that giant scattered puzzle and know that you don’t have to put all the pieces together on your own.”

He always had a good answer for me, even if what I was trying to say didn’t make any sense. He made everything seem possible. I took another sip of the coffee and asked, “Do you still think I don’t know who I am?”

I laughed and said, “It’s okay, I think I am beginning to get the idea that there is a difference between where you are from and who you are. I have a feeling that it’s going to be a lot of work and a long process for me to learn just who I really am.”

“I think you are well on your way, from what I see and the way you grabbed school by the horns. I have no doubt that you will figure it all out. And just in case you are wondering where the school’s horns are, it’s just a figure of speech. Just like ‘living in a bubble.’”

We both laughed as we continued to drink the coffee. The coffee was so much stronger than the instant coffee I always drank.

“How is the coffee?” George asked.

“It’s stronger than I’m used too but I like it. I might be ruined now, how can I go back to instant coffee after this?”

“You shouldn’t go back to instant coffee. I don’t know how you drink that crap.”

I was reminded that standing beside George on his balcony, early on a Saturday morning, drinking coffee, was very risky. How would explain that one to my mom if she heard about that?

I looked around to see if anyone might see me up there.

“Anna, don’t worry so much about who might see you up here. It doesn’t matter, especially right now, don’t you think?”

“I know, it shouldn’t. But I just hate that I am causing my mom so much pain. Her life already sucks enough without me making it harder for her. I thought to be this far away from her would make it a bit easier for her, but as it turns out it’s not.”

“Yes, I hear you. But can I tell those people to f#ck off and mind their own f#cking business?”

“Okay!” he said, and we both laughed as we watched a black undercover police car pull up to the building. It was the same giant police officer that I had spent so much time with the day before.

He walked straight into the building and came up the stairs to George’s apartment. When I heard the knock on the door my heart started pounding as I anticipated his entrance, wondering what kind of news he might bring.

George invited the police officer in, got a chair out for him, poured him a cup of coffee, and handed it to him. The police officer took his cap off, put it in his lap, and said, “First and foremost: how are you doing, Anna?”

“I think I’m okay. Staying here was the best decision. I felt safe and even slept through the whole night. Much better than yesterday, that’s for sure. I didn’t think that that would happen.”

“Great, that is good to hear,” the officer replied. Click here to continue reading my story.

Email ThisBlogThis!Share to TwitterShare to FacebookShare to Pinterest
Labels: My Story, Scattered Mennonite