When I got inside I put my books down and I immediately opened the envelope. It had a Canadian history booklet in it, along with a letter that said something like (from what I understood) that I could now apply for my Canadian citizenship card.

I took the envelope to school the next day and asked my teacher to read it, just to make sure I understood it correctly. She explained to me that I had to start studying for my citizenship test.

Becoming a Canadian citizen for most of us Mennonites was pretty straightforward. If our grandparents were born in Canada (and most were), then our parents could apply for Canadian citizenship in Mexico for their children and receive it in the mail.

My parents had never bothered to apply for our Canadian citizenship cards, though. I had to apply for it as an adult after I came to Canada. Because of that, I had to study Canadian history and go write the test just like any other person who was becoming a Canadian Citizen.

My teacher thought that was no problem. She said she could incorporate Canadian history into what we were learning in class already. That was when I learned that everyone in my class -- including the people who grew up in Canada -- knew more about the history of the United States than Canada.

“Who is the president of Canada?” asked one of the new students in our class.

Everyone stopped what they were doing and listened to what the teacher was going to say. I was so glad that he asked that question because I had no idea either. I know the names of the president of Mexico and The United States but I had never heard the name of the Canadian president.

“In Canada, we don’t have a president, we have a prime minister and his name is Jean Chrétien,” the teacher answered.

That day after lunch break we watched a video of a speech Jean Chrétien gave. I had a really hard time understanding what he was saying but he spoke so much about parties.  That’s when I learned the difference between political parties and the parties I kept getting invited to.

I went to work feeling overwhelmed about the test I would soon have to write. I asked Christina everything I could think of about Canada. She knew the answer to every question I had.

She was happy to talk about anything other than her fiancé’s suicide. She was very sad and didn’t talk much but she answered all my questions. It was the perfect learning opportunity for me since it was just the two of us working the afternoon shift in that department. We had few interruptions.

At the end of the shift, I thanked her for answering all the questions I asked her. I asked if she was going to Derick’s party on the weekend and she said, “Heck no! He is way too full of himself. He thinks he’s all that and a bag of chips. He can go and screw himself at his party.”

I thought “Wow, okay I am not sure what all that means, but I’m guessing what she said might mean in English what die schmucka gunj kaun sikj packen wua de päpa wauss means in Low German.” I was glad she told me that because then I knew that I was not the only one getting an uncomfortable vibe from him.

The day of the award ceremony happened to be on a Friday evening during work hours. After inviting Christina to come, I asked her if I should even ask the supervisor for a day off. I had a feeling that he might think that that was a stupid reason to take a day off of work and roll his eyes at me again.

“I would go straight to Hilary and ask him,” she said.

The next day I left school early and went straight to Hilary’s office. I knocked on his office door. He yelled, “Come in!”

I opened the door and there was a tall beautiful woman standing beside Hilary. She had dark brown shoulder-length hair and bright red lips. She was wearing a really short skirt and high heel shoes.

“Hi, Anna, come in. Have you met my wife before? This is Marianne, my wife,” Hilary said.

Her shoes made a loud knocking sound as she walked toward me. She shook my hand and said, “Nice to meet you, Anna. I will go back to my office so you can talk to Hilary.”

She looked and smelled amazing. I couldn’t help but stare at her as she walked to a door that had Marianne written on it. I watched the door close behind her and thought, “Man, I wish I was her instead of me. One day! I want my name on a door just like that.”

Hilary asked, “What can I do for you, Anna?”

I had to dig deep to remember what I had come there for in the first place. “Ahhh… I was wondering if I could take a few hours off on Friday afternoon to go to a ceremony.”

“A ceremony? What ceremony?” He asked, in his deepest voice.

I explained it to him and there it was again, that beautiful sound surrounding me, filling the room as he began talking, “Wow, congratulations, Anna. That is wonderful, how exciting. Good for you, just wonderful. Take as many hours off as you need, that won’t a problem at all.”

I wanted to tell him how much I appreciated his kindness, but I just couldn’t think of how to say what I felt without sounding stupid, so I just said, “Thank you,” and walked out of his office thinking, “Grrr, what’s wrong with me? Why am I so nervous around him?”

I went to the furthest corner of the lunchroom to avoid being stared down by the Low German people who worked the day shift. I put my arms on the table, laid my head down on my arms, and thought about what I should have said to Hilary.

I heard someone walking toward me and thought, “Please let it be George.” But it was Bree instead. “What’s wrong with you?” she asked.

I didn’t feel like explaining it to her so I said, “I’m just tired.”

“I haven’t seen you in a while, how are things with you?”

“Great. I am getting a fastest learner of the year award and I am going to grade nine soon,” I answered.

“Wow, Anna, that is amazing. Good for you. We might all have to join you and go back to school. Don’t tell anybody, it’s a big secret, but I heard that this factory is closing very soon. Hilary is trying to find ways to keep it going but my dad said that he won’t have any luck with that.”
My heart skipped a beat when it sunk in what she was saying. As that image of me sinking on that tobacco field popped into my mind I felt like I was going to pass out. That news killed all my excitement about that award I was going to be receiving.

I thought maybe she was just messing around with me, especially when she began asking me all these questions about George and him having a new girlfriend. I always felt a bit of a jealousy vibe coming from her when she asked me about him.

I had a hard time thinking or talking about anything else after what she told me. I thought, “I really hope she is just messing with me because if what she said is true that is going to be disastrous for me. I thought “Oh GOD please don’t let it be true.”

She was staring at me, waiting for an answer about George having a girlfriend or not.

“Ahhh… I don’t think he has a girlfriend. He doesn’t go out much but we are just friends ... I think.”

“So you don’t mind if I go over to his apartment and f#ck the shit out of him tonight, do you? He’s really good at it. Or do you already know?”

Suddenly I had no control over my jaw-dropping facial expression as I turned beet red. I couldn’t even speak. That’s what she was looking for, she just couldn’t help herself. While she enjoyed herself I wanted to fade away.

I looked up and there was George walking toward us. Bree was facing away from the door so she couldn’t see him. She just kept talking about how she wanted to rip his clothes off and so on and on.

I didn’t know what to do with myself.

“Okay, have a good night Anna,” said George with a confused look on his face as I frantically fled through the door.

I went to hide in the bathroom until the bell rang. I never wanted that bell to ring as badly as I wanted it to ring that day. It felt like I was going to turn twenty-one in that bathroom before that bell was going to ring.

When it finally rang and I opened the bathroom door I was happy to see that Christina was working next to my station. I thought, “I have to find a way to stop thinking about what Bree told me.”

I knew that Christina had gone to school for a long time and that she could tell me what grade nine would be like. I began asking her questions and we talked about school the whole shift. She made grade nine sound easy.

I told her about my experience at the library and she said, “Let me know the next time you go. I’ll come with you, I need to pick up a few more books to learn how to get over a man who would rather kill himself than marry me.”

I didn’t know what to say to that. I felt so bad for her. She didn’t sound sad anymore, she was beginning to sound angry.

“There are books at the library about that?” I asked.

“Yes, there are tons of them, but they don’t really help though.”

I made plans with her to skip school and go to the library the next day. I knew my teacher would be okay with that.

When I got home from work I was so tempted to spy on George to find out if Bree actually went over to his apartment. But I told myself, “Oba nee, don’t even think about it, Anna. Whatever they do is none of my business.”

It was still very fresh in my mind that stalking people was against the law in Canada. Soon I was drifting off to Posen Land again, looking for answers. This time it was Bree with me on that boat. There was no land in sight when she said, “Let’s get off this boat and go for a swim, Anna.”

She said, “I know, Anna.” Click here to continue reading my story. 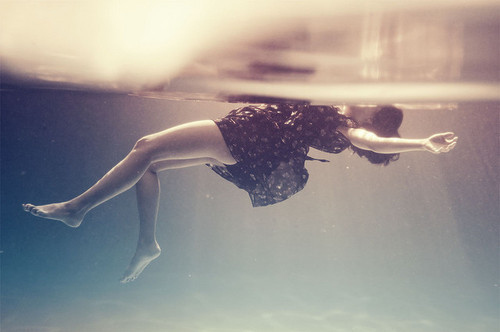 Email ThisBlogThis!Share to TwitterShare to FacebookShare to Pinterest
Labels: Doomed Mennonite, My Story