In the box I found: letters from my siblings, another piece of fabric with big flowers on it for a dress, and some of my belongings that I had left behind. Among these items were some of my school books that I had copied Bible verses into. I had forgotten that I even kept them.

During my earlier years at the Mennonite school, we used ink pens to copy the verses into our books. We never wrote anything in print -- we wrote everything in a Gothic script in High German. Our school desks even had a little hole in it for the ink bottles. I had copied many Bible verses into my book that I had no idea what they meant. 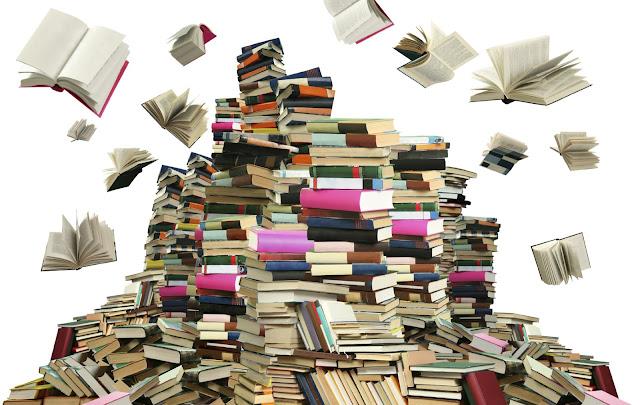 I picked a book and opened it. The first page had an ink smear stain on it. I remembered exactly when that happened. I had dipped my pen into the ink too far, when the pen touched the paper it pooled into a little puddle. I tried to wipe it off but it just made a big mess instead.

I quickly put the book back into the box, closed it. I decided to leave it for now. I was not ready to go down that memory lane. I was having a hard enough time trying to forget those school days and create new memories of a very different school experience. Looking through that book was not helping at all.

It was one thing to leave everything behind and start over, but when pieces of what I had left behind were making its way back into me it became tough to stay focused on the big picture. Especially after my aunt and everyone at church were so nice to me.

I felt so guilty for disappointing so many people. But luckily for me, that guilt wasn’t stronger than my desire to learn. Though it was nice to spend time with my mom, in a way things would have been much easier if she would have just left me to figure things out on my own and not come to check on me.

I decided that I would go through the box again at another time. I thought I would sit down and look through the books when I was the strong, independent woman I dreamed of becoming.

I got ready and went to school. Walking to school I felt strange, sad, confused, and not sure if what I was doing was what I still wanted. That was until my teacher told me that I was nominated for the fastest learning student of the year award. And that she was planning on putting me into a grade nine credit program very soon. She thought I would be ready by the time the next semester started.

I had no idea when that would be -- weeks, months, a year? I thought it had to be a year at least.

I asked my teacher what an award was and she explained to me. She said that I would get a framed paper that would say something like “Anna Wall, the fastest learner of the year, Lifelong Learning Award,” and that I could hang it on the wall.

I didn’t react much to that at first until I had some time to think about it and let it sink in. It happened at work. I was sewing away, as usual, thinking about everything and what my teacher had said. I began to shake and feel warm and tingly from the inside out.

I had a few thoughts about what I would like to say to everyone who had ever told me that I was a hard learner and all the people that unja dreien me to the bottom at the Mennonite school. The thoughts I was having, only George would be allowed to say them out loud, not me. Just the thought made me giggle out loud. I put my hand on my mouth just as my supervisor Derek walked by.

He stopped, turned around, and came toward me. I thought “Oh crap! I shouldn’t have said that, oh crap! No.”

He sat down on the sewing table, looked me right in the eyes, and said, “A secret? I would love to know your secret Anna.”

As I turned beet red, I looked down and said, “Ahhh… No.”

“Anna, I am having a party on the weekend, would you like to come? I would love to get to know you better, outside of here. What do you say?”

“Awesome, I can’t wait,” he said as he walked away.

I couldn’t believe it. How could my day be so different from one to the next? I sat back down and continued to sew as I processed what just happened. I thought, “I wish I knew what happened. I thought he hated me.” Every time I talked to him he rolled his eyes at me and shook his head. I thought, “I do not like this, I am NOT going to his party. Die schmucka gunj kaun sikj packen wua de päpa wauss.”

I got back to the important stuff I had on my mind, like remembering my mom and wondering if she was still safely making her way back home. I began to do the countdown to figure out where she might be traveling by now.

Once I figured out roughly where my mom might be traveling in the US, I got back to thinking about my award and realized that that was very close to what I’d had in mind about getting a perfect attendance plaque, like Anita Dyck got. Only it wouldn’t be Hilary that would present it to me in his deep, dreamy voice. It would be my teacher instead.

After I had some time to think about it and what that meant to me, I thought, “This is even better -- this will prove that I am not a hard learner. And I can stick it to all those people who called me a hard learner.”

That was not easy. I wanted to send a picture of that award to every person that I knew to prove to them that I was not a hard learner. But then I realized, just like my mom had forgotten all about that, that this was only a big deal to me. None of those people even remembered.

I decided that instead of proving myself to all “those people” who didn’t even care or remember, I would just accept the award, knowing that my teacher, George, my nurse, and my classmates were proud of me. That was what mattered because they were the ones who convinced me to go to school. They were the people who believed that I could actually do it.

When Chung heard that I was getting an award, he was so excited for me. He was so proud of me he ran around the lunchroom table and jumped up and down. I felt a bit weird at first but I got over it quickly. He had become a really good friend, a friend who came from a country that a few months earlier I didn’t even know existed.

When I got home that day I just had to go tell George about my exciting news. I went and knocked on his door and as always he hugged me and asked, “Hey, what is happening with you? How are you doing, sweetie?”

I told him about my day at school and that I was getting an award. He got even more excited than Chung did.

“Holy crap! Anna! That is f#cking awesome! I knew you could do it,” he said as he hugged me, lifted me off the ground, and spun me around. “We should do something to celebrate. What would you like to do? You want to go out?”

“I don’t feel like going out, I’m too tired. How about we just watch a movie?”

“That sounds great, a movie it is. I will make us something to eat then,” he answered.

We ate while we watched a movie. The movie had a steamy love scene in it. I was afraid to look at George. I just pretended that it didn’t faze me. I was as cool as a cucumber.

At the end of the movie I looked at him, he winked at me and all that coolness melted away.

I looked away quickly, took a deep breath, and mumbled, “Ahhh… I have to go now.” I grabbed my shoes and ran home barefoot. I imagined him just standing there with a smile on his face as he watched me go frantic and exit out of there like a crazy person. I never dared to look back. That was becoming a regular way I left his apartment.

In the three weeks leading up to the award ceremony, I learned that my mom had gotten home safely, Christina came back to work, George and his friend got rid of my ugly love seat. It began snowing, it was getting very cold, and Christmas was fast approaching.

I had studied hard and completed four more workbooks. I had attempted to read a novel.

My teacher had decided that I needed to spend more time reading bigger books rather than the short stories I had been reading.

My whole class came with me on my first visit to the library. I was amazed by the number of books that were there. It was love at first sight. I thought, “Wow, I could live here and learn about anything I have ever wondered about.” All I had to do was sign my name which I was getting good at, I thought.

I got a library card and the first thing I did was check if it had the word SIN written on it anywhere. The lady with the square glasses who worked there said, “Anna, you can come here any time you feel like it, just bring this card and you can pick up any of these books you like.”

I was amazed, I felt like she had given me the key to the world. I smiled and said, “Wow! And thank you.”

I picked a book based on the colours of the cover on it, was called Blood Sisters. It had a sad-looking girl on the cover of it. My teacher looked a bit worried that I picked that one but she said, “If that is the one you would like to read, then go ahead Anna, you are an adult now and you are free to choose for yourself.”

I thought about what she said for a minute. When it sunk in I felt butterflies. I thought, “Yes! I am an adult now and I am free to choose for myself.” Just hearing her say those words confirmed it for me. She had no idea that hearing those words from her lessened the guilt I was feeling about making my own decisions. I went and picked five more books.

When I got home from the library, my hands were frozen from carrying the pile of books I had picked. I checked my mail and there was a big thick brown envelope in it, addressed to me. It had “Canada” written with big bold letters on the front of it.

I thought, “Oh crap, what the heck is this?” Click here to continue reading my story.

Email ThisBlogThis!Share to TwitterShare to FacebookShare to Pinterest
Labels: Frantic Mennonite, My Story