Continued from Where Do I Belong?

Sunday morning, while I was having my usual cup of instant coffee, I sat there thinking about and missing my family. I wondered if things at home were still the same. Mom and one of us would usually go to church.

My older sister and I took turns staying home to make lunch and look after our little brothers very quietly so our dad wouldn’t wake up. On Sunday mornings he was usually sleeping off a hangover. 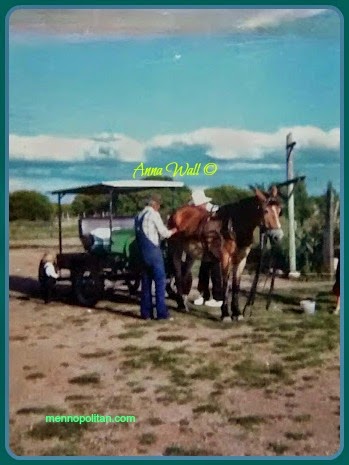 Even though I missed my family terribly, part of me was happy that they were so far away. They were still telling me how wrong I was, but not as often. I was hoping that one day I would be able to prove to them that I was doing the right thing. I felt that I loved them more from Canada than when we lived in the same house but I sure felt guilty about that for a very long time.

I felt like a really bad person and I hoped that one day they could forgive me. I dreamed of what it would be like to go home and visit them. I wondered if they would welcome me home as the new person I would become after going to school in Canada or if they would never see things the way I did.

I looked at the clock and it was only eight in the morning. I thought, “This is going to be a long Sunday if this is what I am going to do all day.” I decided to go for a long walk and breathe in some fresh air.

It was late August and the clear blue skies reminded me of many Sunday afternoons in Mexico when I spent hours looking up at the sky watching the crows as they so effortlessly glided around in circles. I was fascinated by them and I often imagined what it would be like if I was a crow. What freedom I would have if I could fly anywhere I wanted to.

I especially wanted to fly away from the Sunday I experienced my first kiss. This happened a few Sundays before my year and a half “relationship” with the man who put his arm around me. It was a hot July Sunday afternoon, just like any other. While we girls sat under a tree knoking sot (eating sunflower seeds), the men went to Patos to buy a few gallons of mezcal.

We would spend hours out on the streets of my colony in the hot, dry, dusty, desert sun drinking mezcal and coke. By five-thirty, most of us were no longer thinking about our nerve problems and we were feeling pretty good. Some of us would go home and do the chores, eat supper, freshen up and go do it all over again from seven-thirty until ten.

By seven o’clock, my brothers and I walked to our friend’s house and there was Jake Dyck waiting for me to make his move. He had not gone home to freshen up. He and a few others had continued drinking and thrown up a few times in between eating butscha worscht (summer sausage loaded with garlic.)

Jake walked right up to me and put his arm around me and said something like, “ahh Anna, west du mat me schmunje?” (Anna, you want to make out with me?) Before I could respond, his lips were on mine. I tried to get away but he was way stronger than me so I had no way of getting out of it. All I could think about was, “How long can I hold my breath?” Not long enough; it went on and on.

When he finally came up for air and loosened his grip, I made a run for it. I ran straight home. I got a glass of water, rinsed my mouth, and then mom noticed and asked what was happening. I told her that I was really thirsty and tired, that I didn’t feel good, and that I just wanted to stay home.

Even though my Sundays in Canada were lonely, long, and boring, I often wondered if things would ever change in Mexico. I already knew that it was just me secretly hoping that it would. I knew better than to even wonder. I really missed my friends in Mexico but, at the same time, I was grateful not to be in my colony any more being force-kissed by a drunken worscht eating guy named Jake Dyck.

My human-ship with George was beginning to feel comfortable and safe. I had never had that before, especially with the opposite sex. I was learning that I could have a say and I would be listened to. Every time I was afraid of what might happen in his presence, he would say, “Is there anything else I can do for you, Anna?” and leave it up to me. I was really beginning to like that I had choices.

Even though I was still hurt by George saying that I didn’t know who I was, I was beginning to feel protective of him. It made me really angry to hear about the gossip going around in Mexico that I was seen with a “schwein noagel” when George did nothing but respect my wishes, stick up for me, help me and be kind to me. When everyone else didn’t know what to do, he was the one person that did something.

I decided to go for a drive through the back roads, hoping to clear my head by listening to Alanis Morissette. I wondered if George and Bree had figured out what they were. I thought, “Oh no, what if they get married? Will he still be my friend?” I scolded myself, “Stop it! Don’t think so far ahead again, Anna.”

As I finished that thought, I was fast approaching a buggy full of Mennonite men wearing suspenders and black hats. I thought. “Hahaha, in your face buggy boys, move over! I have a car now and I can go a lot faster than you. I dare you to put your moves on me now; just try and catch me!” As the song Ironic came on, I could hear my heart beating louder than the music and I bravely passed them while looking right at them.

It was starting to get a bit dark and I thought, “I should go home before it gets too dark?” I drove through town to go home and every person that saw me was waving at me. I thought, “What is going on? Am I such a bad driver?” Then I looked at the dashboard and saw that I didn't have any headlights on. I thought, “Ay caramba! I should turn the headlights on.”

I felt like an idiot and thought, “This is payback for assuming that those men on the buggy were the same as what I had experienced with those in Mexico.” I felt bad. I didn’t know anything about the horse and buggy Mennonites in Canada and they didn’t deserve that. I realized I was doing the same thing as the people gossiping about me and judging George based on their idea of him.

I thought, “George is right. I can’t control what people say or think about me or anyone. But I can choose to learn from this and know better for myself.”

As I drove up to my apartment parking lot, my heart stopped when I saw Mark in his car, parked right next to my space, waiting for me with a coffee. I got out of the car and he came really close to me, so close that I could smell the coffee on his breath.

He handed me a coffee and in the strangest low voice, he said, “Anna, it’s so good to finally see you again. I was beginning to have a hard time imagining your face in my head. I thought it was time for me to refresh my memory.”

I got really nervous and didn’t know where to look as the “Jake Dyck” experience resurfaced in my mind.

“Where did you get that car? What have you been up to? Why didn’t you call me back?” he asked.

I didn’t know where to start. I told him that I worked on a tobacco farm and that the car was my cousin’s. “Come on, let’s go cruising around town while we drink our coffees,” he said.

I ran up the stairs as fast as I could and never looked back. When I got inside I locked the door right behind me and just stood there leaning against the door. I held my breath and didn’t make a sound.

I couldn’t hear any footsteps so I just slid down to the floor and imagined George telling me, “Anna, breathe!” It worked every time so I just sat there and continued breathing for a good ten minutes. I got up and tiptoed my way to the window to check if he was gone, but I only made it halfway when there was a knock at the door. I jumped and my heart was right back to beat full blast. I thought, “It must be him. I should call George.”

I collected my thoughts and walked to the door and opened it.

“What’s wrong, Anna? You are all white; you look like you have just seen a ghost” he said.

He came in, put a backpack on the counter, and walked right to my kitchen window to see who was there.

George turned around and asked, “Who? Who was here? I don’t see anyone.”

“Oh good, he’s gone. It was Mark. He scared me. He was waiting for me beside my parking space when I got home” I replied.

I explained to him what Mark said and how he scared me.

I told George, “I will tell him I have a boyfriend next time I talk to him. He caught me off guard and I couldn’t work up the courage to tell him.”

“Or, I could do it for you. I will tell him to back the f#ck off and leave you alone,” George said.

“Okay, but if you change your mind just let me know and I will tell him where to go.”

“Anna, because of your ‘purple Sunday dress’, I completely forgot why I came over on Friday. I was going to tell you yesterday but you know, with everyone going on and on about all their ideas and suggestions, then all the drama with Bree, I didn’t get a chance to tell you. I explained your situation to the landlord and asked her very nicely if she could give you a f#cking break on your rent.”

“For some strange reason she likes me and, because I have lived here for so long and have never been late on rent, she said she would take my word for it and trust that you will pay when you figure it out. That’s what I came to tell you on Friday. You don’t have to worry about paying your rent for now and don’t worry about when. Just focus on going to school,” he said.

I didn’t know what to say. I almost started crying. I really wanted to hug him but my Low German thoughts told me, “oba nee, Anna, don’t do it.”

I thought, “This man that my people think is the worst kind, he may very well have just saved my life and they don’t even know it.” Click here to continue reading my story.

Email ThisBlogThis!Share to TwitterShare to FacebookShare to Pinterest
Labels: My Story, Seeing Beyond Menno Blinders