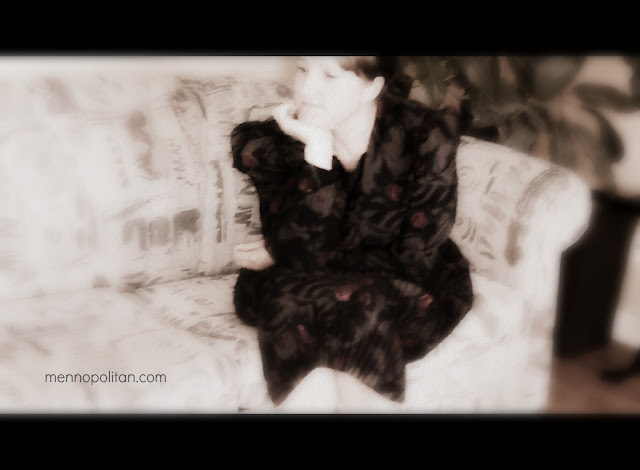 “Diedrich, so you want to talk to me alone, do you?” I asked.

“Okay, why don’t you all meet me at 8 Cross Street in an about an hour, there you and I will have a chance to talk alone.”

I was absolutely terrified, my heart was pounding out of my chest as I turned around and thought “Dios Mio I really hope this will work,” as I walked away. I just focused on breathing and George’s face as I walked back to our table and sat down beside him again.

“What is going on Anna?” George asked.

I was afraid that if he knew the whole truth about what was really going on, he might go over there and beat the crap out of the Mexican cowboy that wanted to ‘talk to me’ alone. I thought I would just tell him what he needed to know at that moment and maybe someday I would be brave enough to explain the whole story to him.

There was no way I could explain something that complicated to him in one night, and besides, I was getting tired and sleepy.

“Sorry, but I can’t explain this to you right now. I think I would need a whole week for that.”

“Okay, I’m available this week… next week… and the week after that. Which week works for you?”

I gave him an, “I'm not sure what to do with that” look, we both laughed and I drank from my virgin piña colada that was half-melted already. I told George part of what was going on.

“You see that cowboy on the left, the one with the blue shirt?”

“Yea, that one that just stood there and stared at you the whole time your friend was talking to you?”

“Yes, that’s the one. Well, my cowboy friend actually isn’t my friend at all and right now I can’t even put a name to what exactly he is to me. He told me that the other cowboy, the one in the blue shirt wants to talk to me alone. But I can’t tell you what exactly that means in Low German right now either. That’s part of what I will explain to you when I have a week. I gave them the address to the house where Mark lived before he got arrested for stalking me and told them that I would meet them there in about an hour.”

I just watched George’s eyes growing bigger and bigger as I continued explaining my plan.

“But I won’t show up of course. The other part of my plan is, I’m going to ask Christina to ask her friend that works here to call the police and say that there is something weird going on at Mark’s old house so that they will go over there and check it out. My hope is that when they see the police, they will get out of town because the cowboy in the blue shirt just got out of jail.”

After I heard myself say all that out loud, I got so nervous I started shaking again.

“Holy crap, Anna you are shaking.”

“Oh no you’re not, here, drink some cold water,” he said.

I took the water and drank from it, he got a napkin and poured some cold water on it and put it on my forehead.

“Anna you are not going to pass out. You have to finish what you started and telling Christina all of this so she can ask her friend is an awesome idea, but I think that will take way too long. I know someone who can make that phone call, I will be right back. Do not even think about passing out Anna! Just keep breathing and sipping water.”

As I watched him walk away, I thought, “Oh no, what am I getting myself into?”

I began having second thoughts about my brilliant plan to trick the cowboys. I looked over at them and they got up headed toward the door.

As I watched them walk out of the club. I started wishing that I could undo everything, but it was too late. I saw George talking to the tall man dressed in black. The same man who threw out the men that started a fight on the dance floor earlier.

George hurried back to the table and put his arms around my shaking body, rocked me back and forth, and said, “I have no idea what exactly is going on here, but this is kind of exciting.”

“I am not that excited anymore. I think I have had enough now, I need to go home,” I answered.

Christina came over and said, “I think it’s time to go, I want to leave now. I have had enough of this place. Who’s going to drive?”

“Nobody is driving, I’m calling a cab” George answered.

I pushed myself up, away from George, and just as I was going to say “but my…” he said, “Anna, I will get your award and the papers from Christin’s car before we go.” He winked at me and said, “I know how important they are to you.”

Christina heard what he said and threw her car keys at George.

“Ah… dietschjat, thank you, George, what would I do without you?”

“Ah deetshit right back at you Anna. Don’t mention it, you don’t have to,” he answered as he went to call a cab.

One of Christina’s friends wanted to be dropped off on the way to the apartment building. We waited by the front door, the streets were all white covered in snow. The snowplow had left a big snow mountain around Christina’s car.

We stood at the front door and watched as George climbed over the snow mountain to get to the door of Christina’s car. He managed to get in and grabbed my award and papers. The cab pulled up by Christina’s car, the driver recognized George and stopped so he could get in.

The cab pulled up to the front door, George got out and opened the door for us. We all got in and off we went. After the cab dropped Christina’s friend off, Christina started crying and asked if she could spend the night with me at my place “I really can’t be alone tonight” she said.

“Yes sure, you can stay with me” I answered.

She was so tipsy, she struggled to get up the stairs and almost fell while walking up. George took her one arm, placed it around his neck, I placed her other arm around me and we managed to pull her up the stairs and into my apartment. We placed her on my blanket chair thing I had made myself for reading.

I took one of her boots off while George struggled to get the other one off. She was half crying and just kept saying, “Where is Richard? Why isn’t Richard here? I want Richard.”

As I followed George to the door he said, “If you don’t know what to do with Christina when she wakes up you can call me if you want to.”

He told me that his friend the bouncer from the club would find out and call him to let him know what happened to the cowboys.

“Anna, I so wish I could understand all that gibberish you guys spoke tonight. I am going to die of curiosity you know,” he answered and we laughed.

“That was exactly what I thought when I heard you guys talking before I understood a word.”

“Yea that must have really sucked.”

“It sure did. You were saying that the man from the club can find out if the police find those cowboys at Mark’s abandoned place or what happened?

“Yes he can find out pretty much everything the police do in this town, he’s got some good connections and I will call you as soon as I hear anything from him.”

“What a night, this is way too much for one night. Thank you for always being such a good friend.”

“No shit! Anna and it’s my pleasure, sweetie, really, I mean it. Tonight actually flew by way too fast, that has never happened to me at a club before,” he said.

He wrapped his arms around me, hugged me, and said, “I will call you soon.”

I watched him walk away for a moment before locking the door. I went back into the living room and Christina was snoring on the pile of blankets. I picked up the paper with the speech on it that my teacher had written and sat down on the floor by my phone. I took a deep breath and thought about what a night I had experienced. I couldn’t believe how the night turned out.

I just sat there and stared at Christina and thought, “She is not sleeping peacefully. She is broken and passed out so she doesn’t have to deal with her thoughts about why Richard hung himself.”

I put my head up against the wall, closed my eyes, and thought about how sad I felt for her. I tried to imagine how the night would have ended if Arron hadn’t shown up. The only thing that did was take me back to my colony.

I opened my eyes, unfolded the paper with the speech on it that I had in my hand, and started reading it. I remembered how far I had come and thought, “This is amazing, I can read this! I can understand this! And these words were written just for me,” and the waterworks started. This time, there was no stopping them.

I just let it all out. I was glad that I was all by myself and that Christina was passed out so she didn’t have to see that. My shirt was completely soaked when I was done. I felt so much lighter after that. I got up and changed my clothes.

I walked back over to my bookshelf and picked up my award and took the back of the frame off. I placed the paper with the speech on it neatly behind the certificate and pinned it back together. I hung it on the nail George put in the wall for me and walked back a few steps. I just stood there and stared at it with much pride for the longest time.

I thought to myself, “I really don’t like weekends. I wish there was a weekend school. I just need to keep learning! I am going to learn so much more. This is just the beginning and every time I think I can’t do something I will read that speech to myself and know that I can.”

I stood there in deep thoughts about all the things I wanted to learn about before jumping at the sound of my phone ringing. Click here to continue reading my story.

Email ThisBlogThis!Share to TwitterShare to FacebookShare to Pinterest
Labels: My Story, Scheming Mennonite