According to Mail Online News.

Once a dangerous road in a treacherous Mexican mountain range known for marijuana and opium poppies, the Devil's Backbone has been transformed by what may be one of the country's greatest engineering feats.

The Durango-Mazatlan Highway, designed to bring legitimate commerce safely across the Sierra Madre in Mexico, is now completed.

“It will change the landscape of this part of the country,” Sinaloa state tourism Secretary Francisco Cordova said. “It's an opportunity to develop these areas and diversify the local economy.”

Officials predict the $2.2 billion highway to transform northern Mexico for the good, linking port cities on the Gulf of Mexico and the Pacific with a 12-hour drive.

Plans for the project began 15 years ago. Eventually, the highway will move 5 million vehicles a year—four times the number handled by the old road.

Some locals of the Mexican states of Sinaloa and Durango think the new highway will improve access, will others fear they will lose business when cars and trucks bypass the towns.

Authorities hope the project will increase tourism to such areas plagued by drug violence. On either side of the Balaurte Bridge, part of the highway in the western part of the country, Sinaloa and Durango were among the deadliest states in terms of drug-related killings between 2006 and 2011.

“The road will increase jobs and keep people busy,” said Eligio Medina, mayor of the city of Concordia, Sinaloa. “When there is social mobility, criminal groups are more limited.”

I got this information and the pictures from Mail Online News. 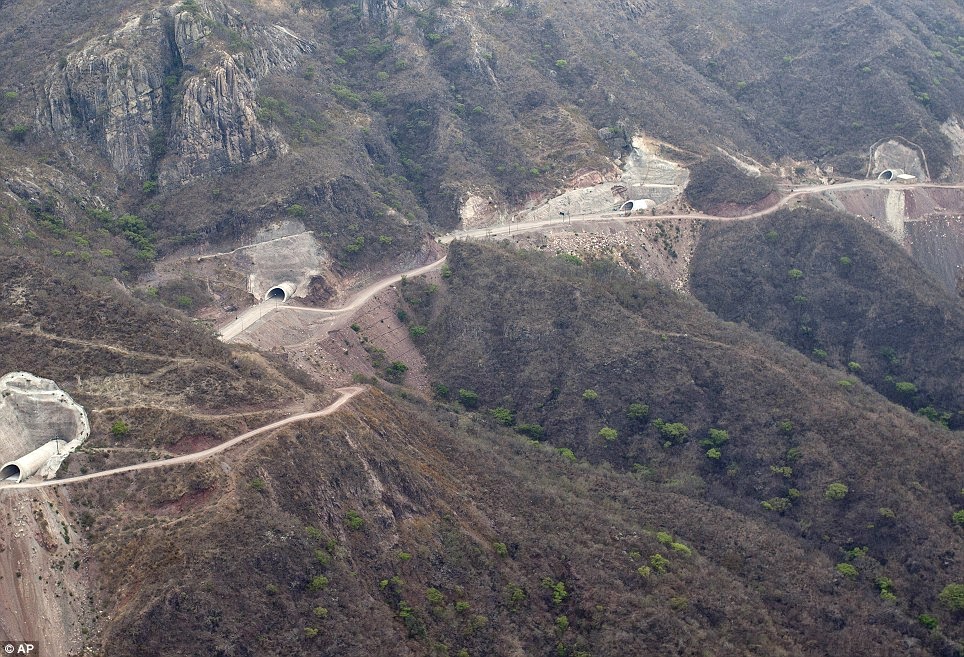 Long: The Durango-Mazatlan Highway in the western Sierra Madre near Concordia, Mexico, vies to be one of the country's greatest engineering feats. 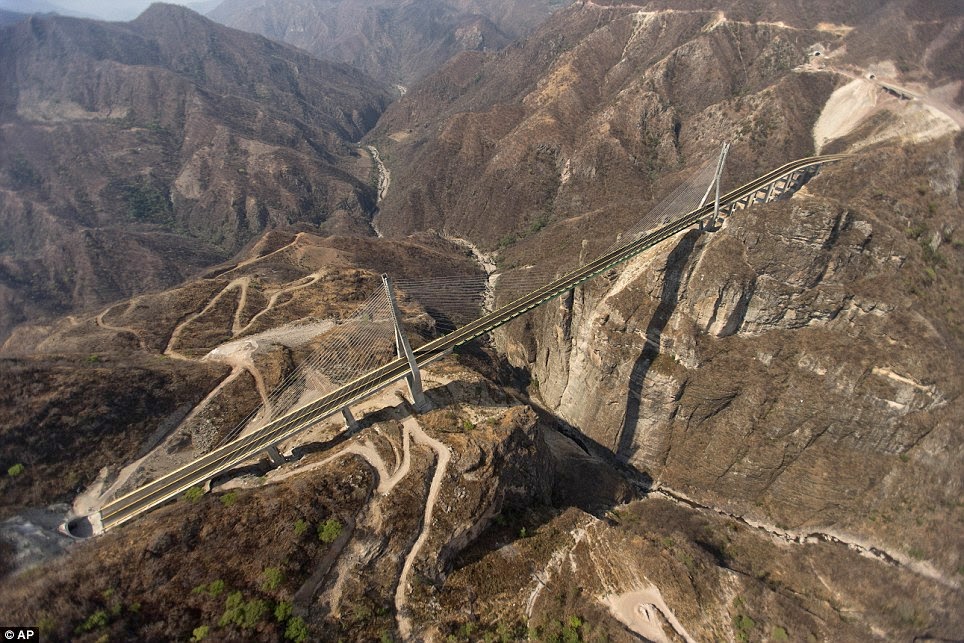 Long fall: The canyon the new the Baluarte Bridge crosses is deep enough to fit the Chrysler
Building, which is more than 1,000-feet-tall 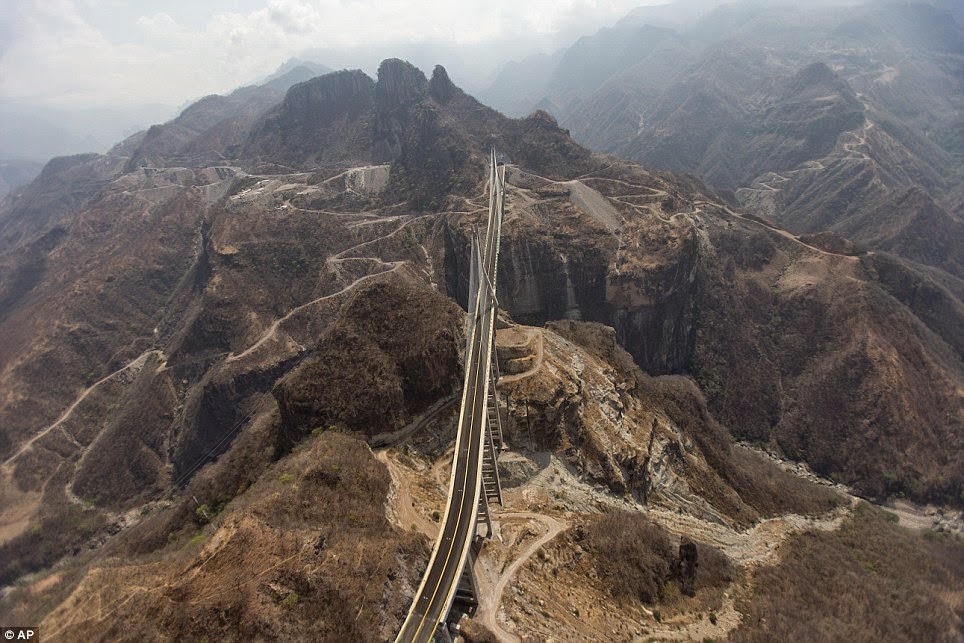 Connection: The $2.2 billion highway will link port cities on the Gulf of Mexico and Pacific Ocean with a short 12-hour drive. 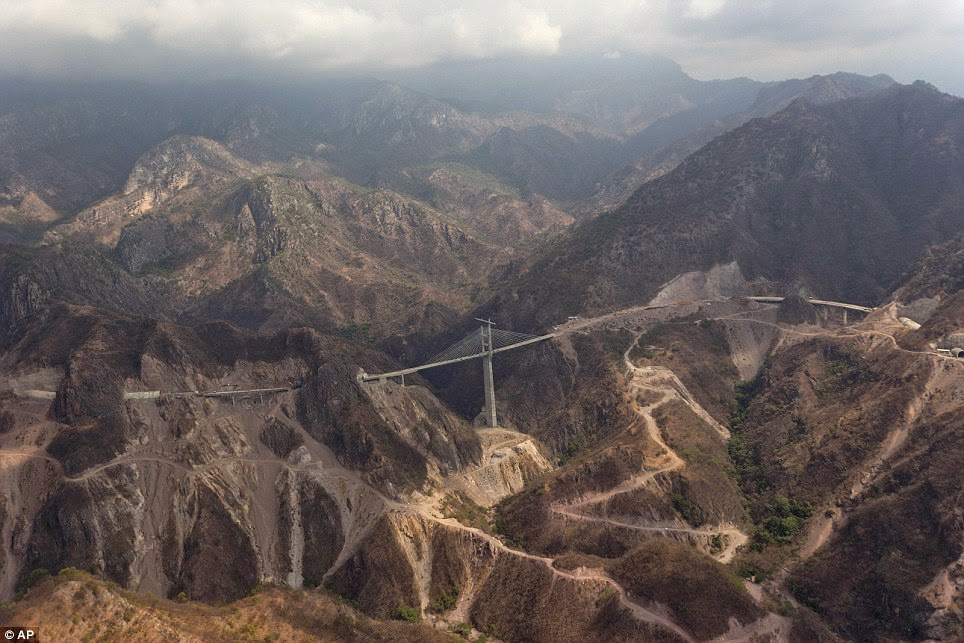 Dangerous: The new highway replaced what was known as the Espinazo del Diablo, or the Devli's Backbone, a road stretching along the spine of a mountain with drops of hundreds of feet on either side. 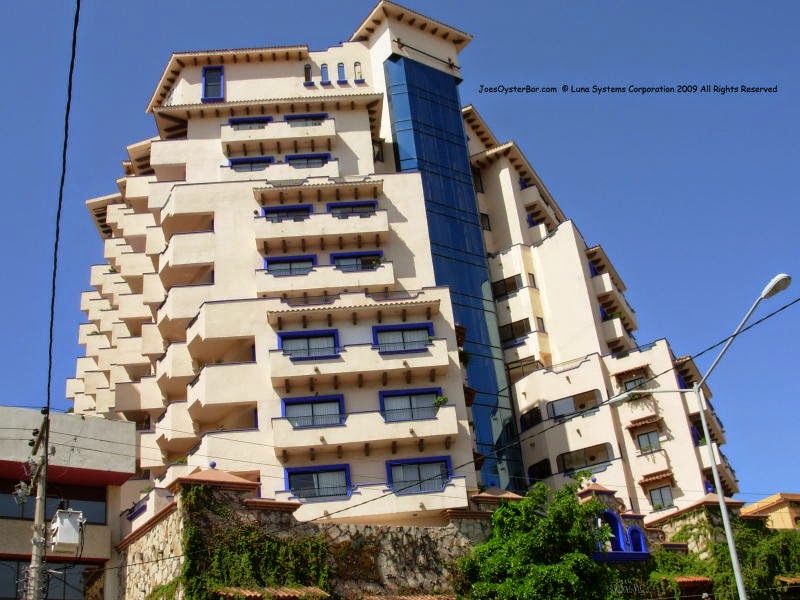 It’s all worth it when you get here, my favorite place to stay is at the Royal Villa Mazatlan. 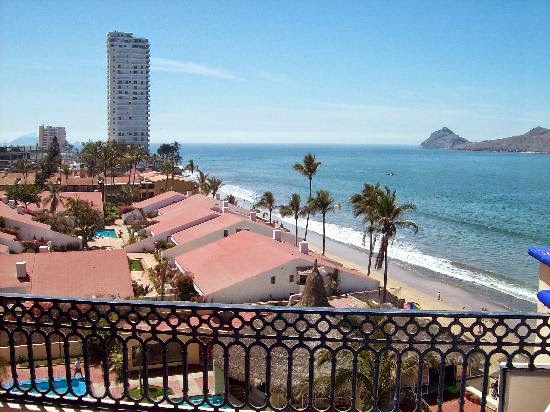 The locals are always wary nice to me, i have never came across any unfair treatment or violence. 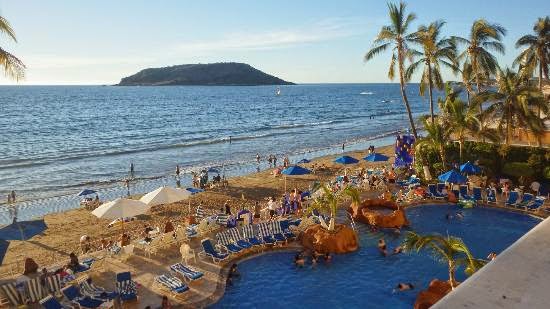 Before the new road was built it took about eight hours to drive from Durango to Mazatlan.  Plus an hour an a half from the Mennonite Colonies to the City Durango. 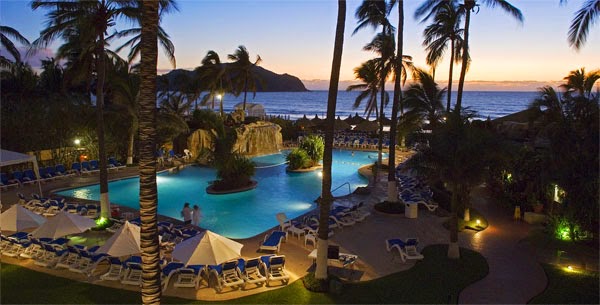 The population of Mazatlán, Mexico is 354717 according to the GeoNames geographical
database.