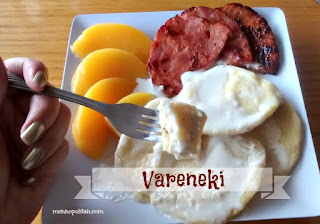 I have seen a variety of different spelling of the word vareneki, but it really doesn't matter what you call them, they are delicious.

I grew up with glums filled vareneki, along with heated heavy cream with salt and pepper added. We call it schmaunt-fat.

I also like glums vareneki with a milk based béchamel sauce in place of the heavy cream.

For the béchamel sauce - schmaunt-fat:

Melt the butter then add the flour and sauté until the flour starts to brown.  Add 3 cups of milk or cream and boil 3 minutes or until it thickens then add salt and pepper.

Click here for my recipe on how to make your own glums cottage cheese Filling:

Make the dough. Combine eggs and flour together well. Continue adding little bits of flour as you knead the dough until it isn't sticky at all.

On a lightly floured counter roll dough out to desired thickness into a large rectangle or roll it out on the pasta maker.

If you find that the edges aren't sealed just pinch as needed. Place the vareneki on a slightly floured surface or a parchment lined cookie sheets until ready to boil. You can also freeze on the cookie sheets. Once they are frozen you can bag them for later use.

Bring a large pot of water with 1 tbsp butter or oil to a boil. Drop fresh or frozen vareneki into the boiling water and boil 5 minutes if fresh, or 10 minutes if frozen. Vareneki will float when they are done. Drain and separate if you don’t want them to stick too much. 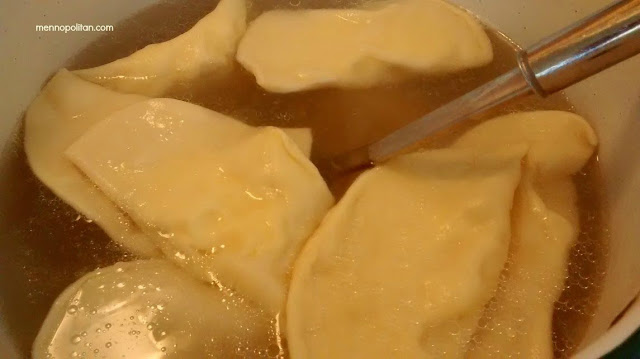 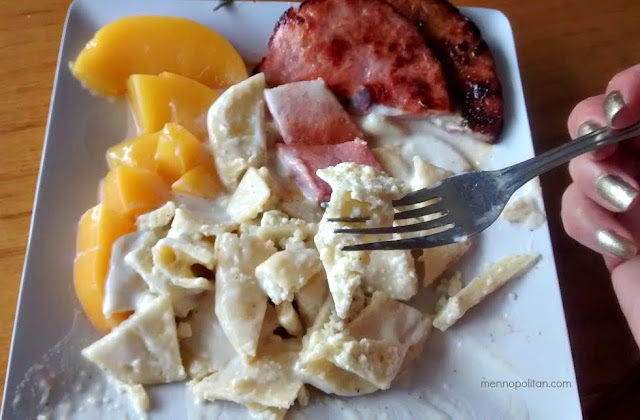 Vareneki are also good with a spoon full of strawberry jam on top of them. 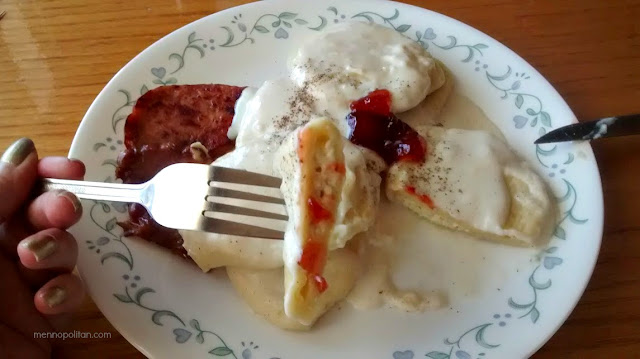