What’s Love Got to Do with It?

As soon as we turned fifteen, we started talking about getting married.  My friends were so worried they might not meet someone because our colony was far from the rest of the colonies. We were the only colony on the other side of the main highway; most of the other colonies were side by side.

There was no church in our colony and no preachers lived near us either. We were considered schtolt because we were not watched closely so we could get away with changing our dresses and sock colours more than the rest of the colonies.  I guess you can say that I am from the wrong side of the colonies.  Maybe that is where my misguided thinking started!

The only way the guys from other colonies could visit us was by horse and buggy and it would take a long time to get there.  Once in a while, there would be some that hired a Mexican to drive them but, even then, if they decided to date us they would have to do this every time they wanted to visit. It would be time consuming and expensive.

A lot of people just married someone from their own colony.  Even then, however, we didn’t have a lot of options because most of us were cousins.

When a guy was interested, he would just sit beside us with his arms around us so we couldn’t move.  It was so annoying that they had no courting skills whatsoever.

They came at us like a bunch of animals. Most of them only had the nerve to do that if they were drunk and, most of the time, that was the case.

They were drunk and acted really obnoxious.  Even if someone would look past all that and agree that they could visit again, they would only see each other twice a week, on Sunday and Thursday nights, and occasionally on Sunday afternoon.

We really never got to know the person that way.  It was okay with me if we didn’t get visitors too often from other colonies.

Once in a while I got to stay at my grandma’s in a colony far from ours.  My favorite cousin, Susie, lived in the same colony.  One weekday afternoon, Grandma told Susie and me to go to the kisaree, the Cheese factory, to buy some cheese with her horse and buggy.

So, we were riding along in the colony and noticed a few guys sitting on the side of the road. We thought that it was our chance to really impress these guys by riding past them with Grandma’s best horse and looking all cool but, of course, this didn’t happen. The horse decided to go right up to the guys and take a big dump right there in front of them. We shamed ourselves half to death!
There were rumours going around other colonies that guys were afraid to come to our colony because of our neighbours.  They were so different. They moved there because they got kicked out of a colony in Chihuahua were they lived before.

They bought the first piece of land that was not part of the colony so they could build a house there, even if the colony didn’t want them there because the land was sold to them by the Mexicans.  The reason the colony was not happy with them living so close was because they were not Old Colony.

They dressed like worldly people, they cut their hair and they didn’t belong to any church. The people of the colony were afraid that these outsiders would influence and misguide them.  They tried to get them to move but it didn’t work.

They stayed. These are the neighbours who inspired me to learn Spanish.  Their kids spoke Spanish fluently and most of them married Mexicans and stayed living on that property.  They had six girls and six boys.

The boys would beat up guys that visited our colony just to mess with the elders in order to get back at them for trying to force them to leave. Eventually, the guys of this family left the colony.
The reputation stuck for a while but it wore off and we had visitors again once in a while. The guys of our colony at least had a choice.  They could take the bus to town and catch a ride to other colonies but the girls were stuck sitting around waiting for others to visit.

The girls would settle for the first boy that asked because they were so worried that it would be the only chance they would have to meet someone. Parents would encourage the girls to get baptized and get married between ages sixteen and nineteen.

I think parents were worried that, the longer their daughters stayed single, they might get ideas and change their minds about wanting this life. They might be misguided by people that came from Canada because the girls in Canada would wait longer to get married.  But it’s not like there was much of a choice.

If you didn’t get married, your life would be horrible because you wouldn’t fit into any of the groups.  You couldn’t visit with the married people because they might talk about sex and, since you were unmarried, you couldn’t be part of that conversation yet.

If you were twenty you were too old to be with the youth because you might already know too much about sex and having babies and you might tell the young people who were not to know about this until marriage. This happened to some girls.

They would stay home and help their parents on the farm and that was their life. This never happened to the men. They could stay single as long as they wanted and, as soon as they decided to date someone, there were tons of girls ready. Since it was a man’s job to find a girl, he could take as much time as needed.
The only chance the old women had to marry was when someone’s wife died and, even then, sometimes the widower would marry a younger girl.  It seemed like there were way more women than men.

They had all the options so we had to pray that someone would choose us.  It happened in our colony that there was a couple that only had one daughter. This was odd since most people had about twelve.

So, they adopted a boy and a girl from a family in Zacatecas where the wife had passed away and left a bunch of kids behind.  We all loved him and, as he got older, he looked and acted so different from the guys in our colony. We all were ready to marry him at the drop of a hat!

But some “shenanigans” happened which we do not speak of. The only daughter got pregnant by her step-brother and so, of course, he had to marry her. There went our dream man marrying his step-sister! At first we were told the parents finally had another baby but, when the daughter and step-brother married, they took care of the baby because the parents were too old to raise him.

We heard more stories like these than we could count.  The newly married couple never had any more children and about seven years into the marriage she had a heart attack and passed away. She was only in her early thirties.

There was only one girl left from my youth group never chosen for marriage. Back then we used different words to describe her but she was short and chubby and had a unique personality. 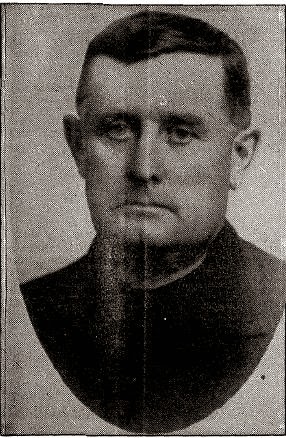 Rev. Johann P. Wall was born June 16, 1875 to Peter Wall and Aganetha Vogt. He came to Canada with his parents from Russia in 1891. They arrived in Gretna, Manitoba, and in 1892, they lived at Neuhorst, Manitoba.

Minister on Nov. 10, 1903. He was elected as a delegate together with Johann Wall of Neuan\age in 1919, to find a new for his people. In Sept. of 1918, Rev. Johann P. Wall had written a letter to the Honorable Arthur Meighen to express their reasons for s leaving Canada. "Jesus said, when you are expelled from one city fly to another and we must follow the preceipts of Jesus our Master no matter how hard it must be for us to leave and our dearly beloved Canada, and see whether we could live in another corner where we could live in accordance with our faith."

His wife passed away in 1920 and he then married the widow of Rev. Johann Wall. In 1926, Rev. Johann P. Wall and his family moved to Mexico where he continued to serve as a minister for a total of 57 years. He lived to be 86 years old, dying in Mexico in 1961. During this time he preached 1,536 sermons; he married 162 couples and preached at 217 funerals.

He was known for a few things. When it came to the question of private schools he was seen as one who did not compromise on principle. He 'was very gifted when it came to speaking a variety of languages, namely: English, High and Low German, Spanish and Russian. He also loved horses and was, therefore, often nicknamed "cowboy and preacher."
Rev. Johann P. Wall moved to Saskatchewan in 1899 and homesteaded NW 22, Tp41, R4, W of 3rd, west of Hague.

Credits go to: Mennonite Historical Society of Saskatchewan (MHSS)
at 5:40 PM No comments: