Growing up in a Mennonite colony in Mexico, I remember at a very young age hearing all sorts of talk about the ¨end times,¨ the ¨mark of the beast¨ and how much sin there was in the world. Canada was associated with sin in most conversations. Nevertheless, poverty and hardship left many families with no other option but to dig out their dusty old Canadian Citizenship cards, tucked away since moving to Mexico some seven decades prior, and drive back to Canada to work in agriculture.


Some families returned home to Mexico at the end of October every year. I didn’t understand it at the time, but I could only assume that what was sinful about the people returning were the items they brought back—such as cameras, watches, colourful socks, and shiny Christmas decorations, which we all knew were not allowed.

Like most others from my colony, I was illiterate when I first came to Canada at the age of 16. I had only written my own name a handful of times. In a Mennonite colony in Mexico there was no need for girls to know how to read and write. To work in agriculture in Canada, reading and writing weren’t necessarily a requirement either.  But we all knew that one had to have a ¨worker’s card¨ and that this card was very important. I had a trusted cousin who helped me apply for it as soon as I arrived.

Not long after I received that card, I was lucky enough to be hired at a sewing factory. I hit the job jackpot for a Mennonite girl who was illiterate and only spoke a few words of English. What I had actually won quickly became more complicated than I had anticipated. When I received my first paycheque I went to the first bank on my way through town. I was so happy. For the first time ever, I held in my hands a cheque with my name on it. I had never seen my name printed on paper like that before.

I stood in the line-up at the bank feeling all sorts of happy feelings. Finally, when it was my turn to go up to the teller, I carefully placed my cheque in front of the man and said, ¨Cash, please.¨ I could tell right away that this man was not as nice as all the other English-speaking folks I had met up to that point. He began laughing under his breath as he asked if I had an account at that bank.

¨Okay, then I will need to see some ID and your SIN card,¨ he said.

My heart skipped a beat, ¨A SIN card?¨ I asked.

My thoughts immediately traveled back in time and began connecting the dots. I decided right then and there that that was the reason why it was such a sin to come to Canada.

¨Yes, do you have your SIN card with you?¨ he asked.

¨Well, you need one in order to open a bank account,¨ he said.

A woman came over and asked, ¨What’s going on?¨

¨She wants to open an account but she doesn’t have a SIN card,¨ answered the teller.
They looked at each other and the teller said some things to the woman that I couldn’t understand. They both looked at me and laughed. When the woman caught her breath she asked, ¨Where are you from?¨

¨Of course,¨ she said and continued to laugh as she picked up my cheque. She studied it for a while and asked, ¨So, you work at that factory down the street and you don’t have a SIN card?¨

By that time I had already concluded that I was doomed. I knew that it was true that I couldn´t cash my paycheque without owning such a card. I thought to myself, ¨It’s happening, just like I heard people talk about back in the colony.¨ One day we would all be faced with a choice: take the ¨666¨ mark of the beast or starve to death. At that very moment, I was standing on the threshold of that choice. ¨It’s not too late; I could still make a run for it,¨ I thought.

The story that was unfolding in my head was becoming too real to handle as the bank tellers were enjoying themselves making fun of me. The woman proceeded to tell me, ¨You know, you can’t work in Canada if you don’t have a SIN card; you can get deported.¨  I took my cheque and ran out of the bank as fast as I could, thinking, ¨What does deported mean anyway?¨

I had hellish nightmares that night about the ordeal. The next day I went to work feeling sick to my stomach with worry. I told my fellow Mennonite co-worker about my experience, and she explained to me that the ¨worker´s card¨ was a SIN card, and that’s the day I learned about acronyms. Also, it was true that all people working in Canada had to have such a card.

I explained my concerns to my co-worker. She assured me that a Social Insurance Number card would not contain the mark of the beast. I decided that I couldn’t trust anybody with something as important as that. When I got home after my shift, I carefully inspected my ¨SIN¨ card. I wanted to make sure that there wasn’t a combination of the numbers 666 on my card in any way, shape, or form. I was relieved when I couldn’t find any such combinations on the card anywhere.

The next day, I took my ¨SIN¨ card and went to a different bank. The man who helped me was very nice and even asked if he could help me with anything else. It was sinfully easy to open a bank account. To this day I am a loyal customer. Click here to continue reading my story. 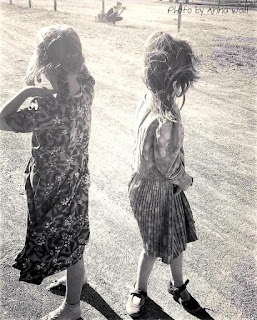