"The more learned, the more misguided"


We are Russian Mennonites not Mexican Mennonites.  My ancestors came to Canada in the 1870s from Russia.  The Old Colony Low German speaking Mennonites emigrated from western Canada to Mexico in the 1920s.

The name, “Old Colony”, derives from the origin at Chortitza, the oldest Mennonite settlement in Russia.

They were Russian settlers that originally came from Prussia and the Prussian Mennonites can be traced to Holland.  You can read how this happened in my post “Low German Mennonite History”.  In Canada, I often get asked.

“Were your grandparents Old Order Mennonites?”

The first time someone asked me that, I had never heard of Old Order Mennonites and I would say, “You mean Old Colony?”

Growing up in Mexico we never heard of other types of Mennonites. We thought we were the only ones. Our parents probably knew but never told us, since history or any kind of knowledge is not important to the Old Colony.


It is my understanding that the most conservative group among the Old Colony Mennonites settled in Nuevo Ideal, in Durango province, Mexico originally.  They tried to keep it very conservative but it was really tough to survive.

In the 1990s, when the Old Colony church in Nuevo Ideal, Durango agreed to allow us to drive cars and use hydro, a large group of the Old Colony Mennonites did not approve of this change and left for Campeche,Mexico.

I was a teenager during this time. I remember wondering, “Why don’t they want to drive cars? You can get to grandma’s house so much faster and it’s nice plugging in the lights instead of putting oil in the lamps every afternoon.”

We had to do this in the day light so they would be ready to be lit when the sun went down.
When I first came to Canada in the summer of 1993 I felt like I didn't know anything. I felt stupid in a way.  I couldn't read or write and I could barely write my name.  I didn't know any history at all, let alone Mennonite history.

There were occasions when I was in a group of people with Low German backgrounds that would talk in English about Menno Simons; I could figure out that they were talking about a person.  I once asked, “Fonn wäaem fe'tal jie?” Who are you talking about?

Some of them would look at me and roll their eyes.  I wasn't sure what exactly the meaning of the eye rolling was.  But I was not going to ask those people anything again that I was sure of.

It made me feel so stupid and just for a brief moment I wanted to go back to never asking any questions again.  Who cares about this “Menno” person anyways? 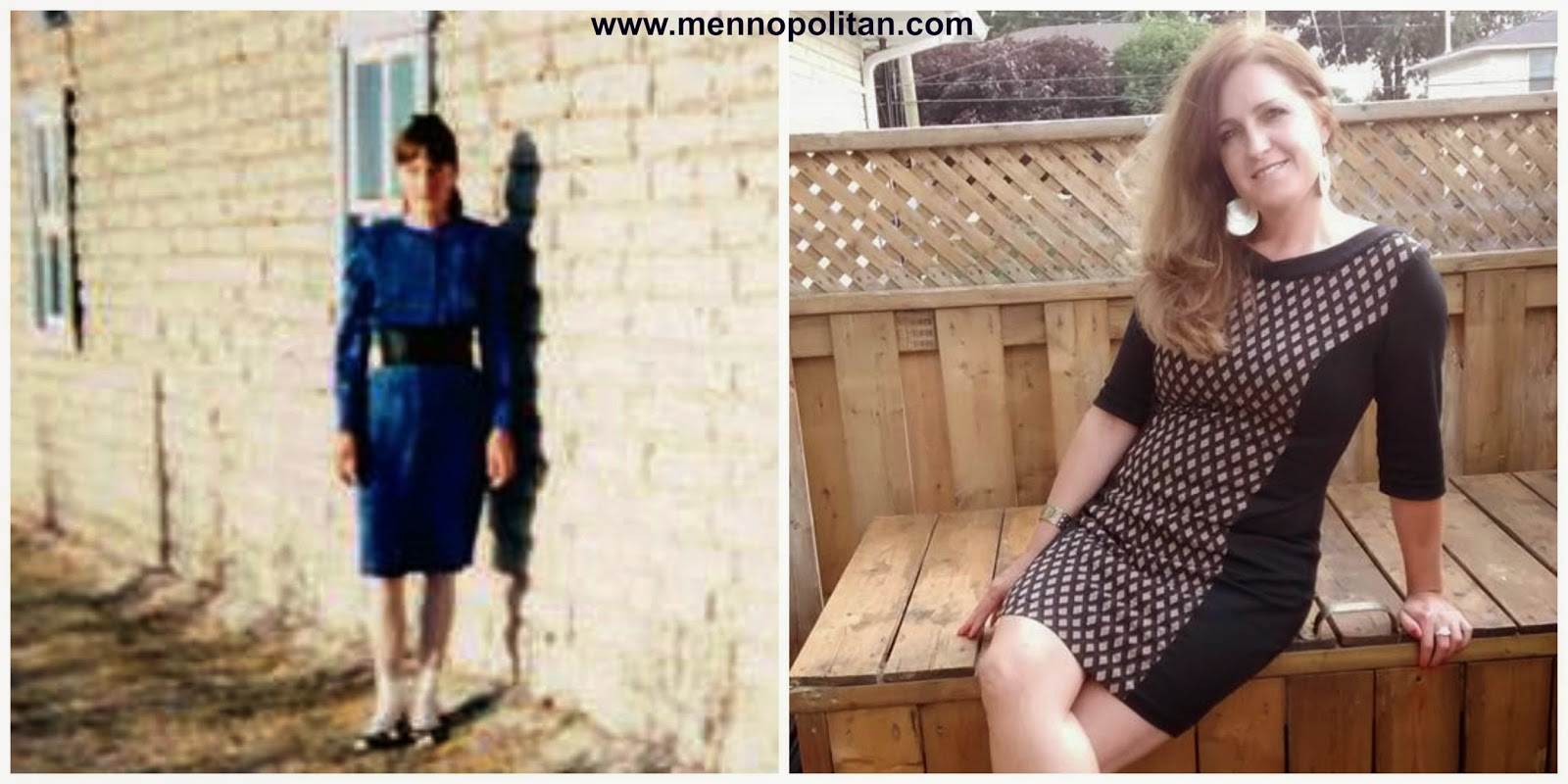 It didn't take long for me to learn who OJ Simpson and the Kardashians were.  When the radio alarm woke me up in the morning, all I heard was OJ murders and the Kardashians.  I was comforted by the fact that this was happening in the US; surely my new home country would not have murderers!

I would sometimes cry myself to sleep, feeling so overwhelmed by all the things I needed to learn.  Especially if I wanted to speak English as fast as all those people talking about Menno Simons did!

Now I know that it wasn't that I didn't know ANYTHING when I first came to Canada. I knew some things but what I knew was just different from what the rest of the people living in Canada knew.

Now that I know how to read, I’m reading that the very reason my great grandparents left Canada is because I was not supposed to learn how to read. Darn it to heck, it’s too late for me and a bit messed up I would say. There is no delete button.

They disassembled and loaded their houses onto the train cars, along with farm machinery and animals and moved to Mexico.  They didn't even speak Spanish.  They did this so they could save me from “ji meha jiliehet, ji meha fitchiehet” (The more learned, the more misguided.)


Not knowing any of the history and the reasons why such sacrifices were made is what caused me to search for my sense of belonging. Leaning how to read actually literally saved my life!

During a book signing of Royden Loewen's book Village among Nations at Conrad Grebel University College. I learned that I am actually the Great Granddaughter of Johann P. Wall one of the men  who sacrificed so much and lead his people to Mexico.

Email ThisBlogThis!Share to TwitterShare to FacebookShare to Pinterest
Labels: About Me, Russian Mennonite History