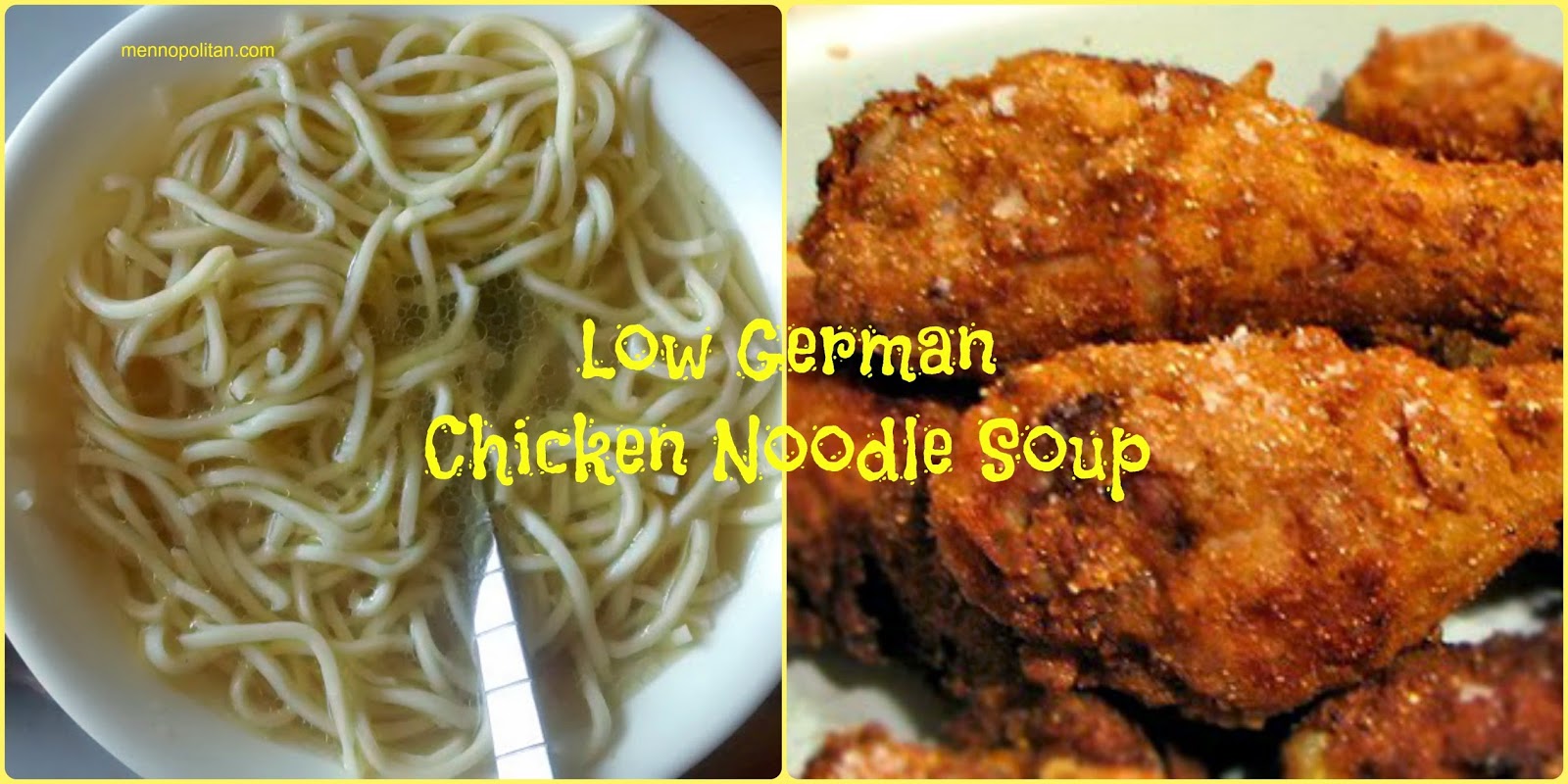 
I use a whole chicken from Country Poultry Processing. Cut off the chicken legs, wings, breast put them into a pressure cooker cover with twice as much water add a peeled onion and a tablespoon of salt.

If you use a chicken from the groceries store then you wouldn't need to pressure cook it just simmer it, those chickens cook a lot faster than the ones from the farm.

Remove the chicken from the broth, if the broth has a lot of fat floating on the top I remove some of it.

Mix eggs with flour using hands, knead the dough for a while adding a bit more flour until It is quite hard.

Cut the flattened dough into five-inch strips and roll the dough trough the noodle part of the pasta maker.

Bring to boil a pot of water and add tow tablespoons of salt to the boiling water and add the fresh noodles bring back to a boil and take the noodles out.

You can also just buy these (dried egg noodle) in some Mennonite stores.

Add the chicken broth to the cooked noodles just before you serve it. If you leave the noodles in the broth for too long they get soggy.

Dip the cooled cooked chicken in plain yogurt, seasoned breadcrumbs and bake at 400 degrees for 10-15 minutes. 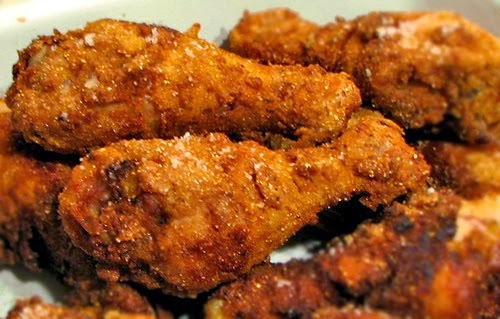 Enjoy a bowl of chicken noodle soup with a side of the baked chicken.

You can always add some of the boiled chicken back into the soup as well as baking some of it.